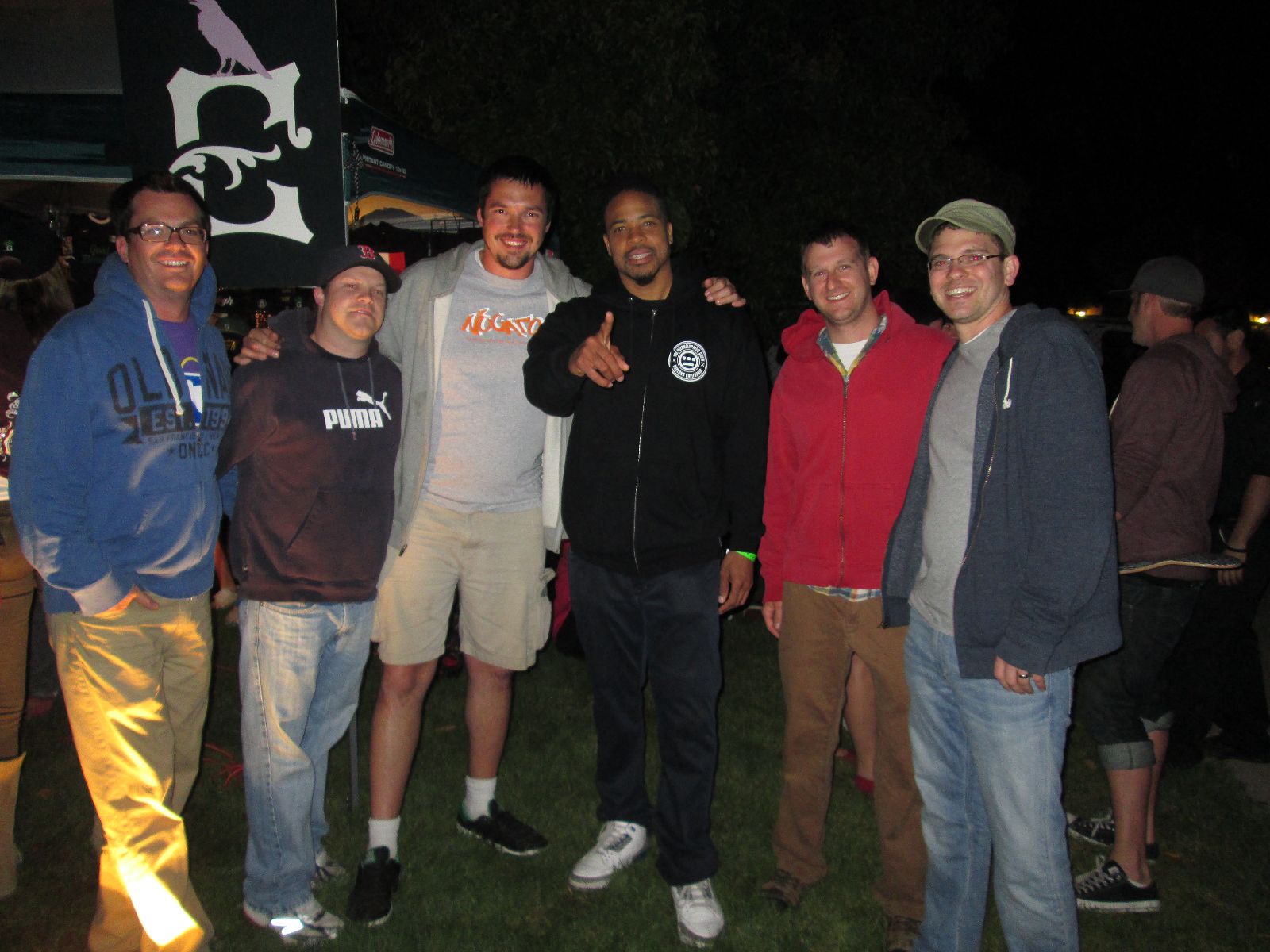 In April, I went to see Zion I, The Grouch and Eligh at the Velements festival in San Diego, which had yoga classes in the morning and afternoon and 10 groups playing from 5pm til 11pm.  As you can tell from my pictures, I'm not a yogi so I just bought tickets for the music portion of the event.  I had a couple friends, Pete and Koom (BIG Zion I fans), visiting me from Minnesota at the time. In the picture on the left, from left to right you'll see Jude, Mike, myself, Zumbi (the MC for Zion I), Koom, and Pete.  All of these guys have gone to a ton of shows with me and also helped out with the website.

I had seen Zion I and G&E two years ago at How the Grouch Stole Christmas.  Although I wasn't that impressed that first time it may have been due to the fact that I was not that familiar with The Grouch and Eligh at the time.  I really didn't know what to expect...

This time, however, the show was awesome. We arrived at the festival right as Zion I and G&E were coming on stage. Although we missed the opening acts, we were really there to see Zion I and G&E so we weren't too upset.

All of the groups we saw had great energy on stage and even though the crowd was pretty diverse in interests (given it was a yoga/electronic/beach rock/hip hop event) everyone seemed to enjoy the show.  I loved how the groups alternated performing songs and since there is a lot of collaboration between these guys, they were also able to perform songs together which was really sweet!  Below is a video of Digital Dirt off the record Heroes in the City of Dope. Here is the link to the youtube playlist with all the videos I took